There is a saying - all well those ends well. We see that in the market today. In a highly volatile market, with swings of almost 600 points in Dow. At the end all indices end up higher almost one percent. VIX dropped below 28 with 7 percent decline, which indicates general FUD in market is stabilizing.

A Federal Reserve tracker of economic growth is pointing to an increased chance that the U.S. economy has entered a recession. As assumed by most, the recession could be here, sooner than most assumed when it would arrive. Nerve wrecking to say the least. We have had such a bad six months, to start the next half of the year, we get this discouraging news feels pretty bad I must admit.

TSLA stocks continue to show weakness. Second quarter delivery numbers are scheduled to be released on 7/2/2022. Musk has been quite on his market destructive tweets. I am a die hard fan of Tesla, but I wish Elon was not the CEO of that company. He causes so much turbulence on the stock prices with his silly tweets that it is hard to stay invested in Tesla.

The chart below demonstrates Tesla’s delivery numbers compared to other auto manufacturers. 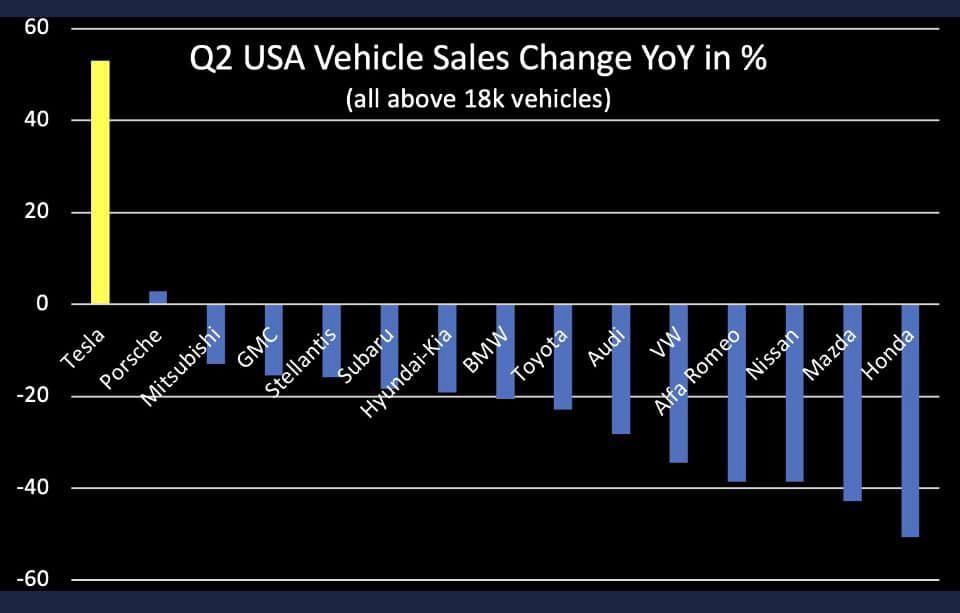